Roman Times Quarterly is a publication providing insight on the very best of ancient Roman life.

A Summary of This Issue from the News Reader in the Forum:

From Wikipedia, the free encyclopedia

Lucentum is the name of the Roman predecessor of the city of Alicante, Spain. Particularly, it refers to the archaeological site in which the remains of this ancient settlement lie, at a place known as El Tossal de Manises, in the neighborhood of Albufereta.

Before the arrival of the Romans around 215 BC, the settlement in the area of Alicante was called Akra Leuka. As a Mediterranean and Iberian commercial center, it had trading contacts with Greece, Phonecia, the southern Iberian city of Tartessos, absorbing some of their influences.

This unique mixture gave rise to a culture called Contestano by Pliny the Elder and Strabo. Especially with the accendence of Carthage, it imported a number of Cartheginian architectural features, traces of which are still present in the ruins.

However, the majority of the city's remains bear a Roman stamp. The town was refounded as Lucentum after Publius Cornelius Scipio conquered the area in the course of one of Punic Wars, and over the years it gained a thoroughly Roman character, complete with baths, forums, temples, sewers, etc.

The city enjoyed its peak between the 1st century BC and the 1st century AD, entering into a decline at the end of this period and effectively abandoned in the 2nd and 3rd centuries. The chief cause of this decline was competition from the neighboring city of Ilici (today's Elche), which had better water and land communications and began to usurp Lucentum's trade.

Eventually, the settlement was completely depopulated, the site used only for a Muslim cemetery during the 10th and 11th centuries.

The first modern evidence concerning the location of the ancient city came in 1780, when the Count of Lumiares, Antonio Valcárcel Pío de Saboya, suggested that the ruins of Tossal de Manises--which he personally had excavated for a number of years--were in fact Lucentum.

This contradicted the common wisdom at the time, which held that the Roman city was well outside the town of Alicante. Later, the ruins were excavated by Lafuente and Figueras, who found the more ancient Cartheginian and Greek cities. In the 1930's they were again excavated by a Professor Belda, around which time a necropolis was discovered during road construction.

The site contains evidence of both the Iberian and the Roman epoches, although in terms of material recovered and ruins remaining the Roman influences (especially from the 1st century and afterwards) predominate. The Roman city was constructed over the Iberian one, of which practically nothing remains except for the walls. The lower level is contemporary with a necropolis excavated in the 1930s to make way for a road, and whose materials are now housed in the Archaeological Museum of Alicante.

Among these, a number of cauldrons stand out as well as Iberian ceramics decorated with geometric shapes, birds, and fish, sculptures, jewelry, amulets of Egyptian origin, terracotta wares, and weapons. Of the jewelry recovered, a type of pendant, possibly for masculine use, is quite notable as it suggests that there was a local workshop whose production made its way into other local burial sites.

Finally, the "Kore de Alicante", currently housed in the Archaeological Museum of Catalonia could have come from this site. In the post-war period, the site (located in a privileged place, with an excellent view of the ancient lagoon and bay) was in danger of disappearing, a victim of real estate speculation. However, efforts by those in favor of its preservation, most notably the Swedish archaeologist Solveig Nordström, succeeded in defending the site.

This effort culminated in the 1961 designation as an "Artistic and Historic Monument", which afforded some legal protection. Unfortunately, the preservation movement could not stop much development around the site, with the result that the ruins are surrounded by tall buildings and is in no way "visually pure".

Despite the legal protections which had been won for the ruins, they suffered from neglect and exposure for a number of years, until efforts were finally made in the 1990s to conserve them. This resulted in recent construction, directed by the architect Rafael Pérez Jiménez and the archaeolgoist Manuel Olcina Doménech, which aims at the definitive and irreversible conservation of what remains of the ruins. Such a recuperation represents a cultural milestone for Alicante. 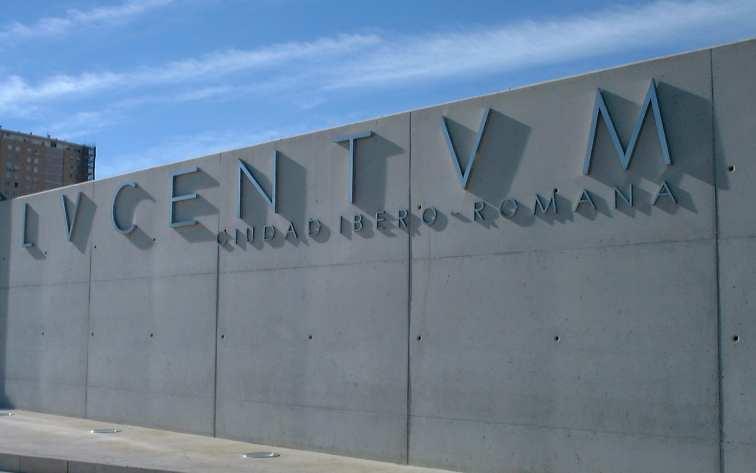 Entrance to the archaeological site, courtesy of www.contestania.com.

Visit us online at: http://monsaventinus.wikia.com/wiki/Roman_Times_Quarterly

Retrieved from "https://monsaventinus.fandom.com/wiki/Roman_Times_Quarterly/QTR_4_2008?oldid=5519"
Community content is available under CC-BY-SA unless otherwise noted.