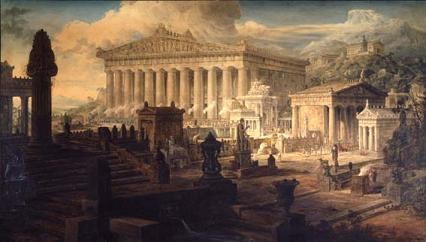 Welcome to the Temple of Ceres, Liber et LiberaEdit

Ceres was the Roman goddess of agriculture, grain, and the love a mother bears for her child. She was the daughter of Saturn and Ops, the sister of Jupiter, and the mother of Proserpine. Ceres was a kind and benevolent goddess to the Romans and they had a common expression, "fit for Ceres," which meant splendid.

She was beloved for her service to mankind in giving them the gift of the harvest, the reward for cultivation of the soil. Also known as the Greek goddess Demeter, Ceres was the goddess of the harvest and was credited with teaching humans how to grow, preserve, and prepare grain and corn. She was thought to be responsible for the fertility of the land.

Ceres was the only one of the gods who was involved on a day-to-day basis in the lives of the common folk. While others occasionally "dabbled" in human affairs when it suited their personal interests, or came to the aid of "special" mortals they favored, the goddess Ceres was truly the nurturer of mankind.

Ceres was worshipped at her temple on the Aventine Hill, one of the Seven Hills of ancient Rome. Her festival, the Cerealia, was celebrated on April 19. Another special time for Ceres was Ambarvalia, a Roman agricultural fertility rite held at the end of May. Ceres is portrayed holding a scepter or farming tool in one hand and a basket of flowers, fruits, or grain in the other. She may also be wearing a garland made from ears of corn.

The Romans explained the turning of the seasons with the following story: Ceres was the sister of Jupiter, and Proserpine was their daughter. Proserpine was kidnapped by Pluto, god of the underworld, to be his bride. By the time Ceres followed her daughter, she was gone into the earth. Making matters worse, Ceres learned that Pluto had been given Jupiter's approval to be the husband of his daughter. Ceres was so angry that she went to live in the world of men, disguised as an old woman, and stopped all the plants and crops from growing, causing a famine. Jupiter and the other gods tried to get her to change her mind but she was adamant. Jupiter eventually realized that he had to get Proserpine back from the underworld, and sent for her. Unfortunately, Pluto secretly gave her food before she left, and once one had eaten in the underworld one could not forever leave. Proserpine was therefore forced to return to the underworld for four months every year. She comes out in spring and spends the time until autumn with Ceres, but has to go back to the underworld in the winter. Her parting from Ceres every fall is why plants lose their leaves, seeds lie dormant under the ground, and nothing grows until spring when Proserpine is reunited with her mother. 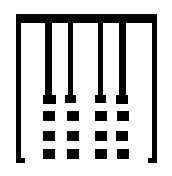 As you reach the top of the stairs, you see four tall columns in front of you. At either end is the side wall of the temple. You pass through the first four columns and enter into the pronaos. The pronaos is enclosed on three sides, open only at the front to the stairs now at your back. The front part of the pronaos contains two more rows of four columns each. In the middle of the pronaos you see three doors into the three separate cellae of the temple. As you pass through the last row of columns, you see that there is a corridor on either side of the three cellae, one to the east of the cellae, the other to the west.

Leave an Offering, Prayer or Reqvest to Ceres

Leave an Offering, Prayer or Reqvest to Liber

Leave an Offering, Prayer or Reqvest to Libera

Office of the Plebian Aediles of Nova Roma

Office of the Tribunes of the Plebs of Nova Roma

Ritus and Prayers to Ceres

Retrieved from "https://monsaventinus.fandom.com/wiki/Aedes_Ceres_(Religio_Romana)?oldid=5135"
Community content is available under CC-BY-SA unless otherwise noted.